Afore Consulting is an independent, premium European public affairs consultancy with a core area of expertise in financial services, regulation and policy. 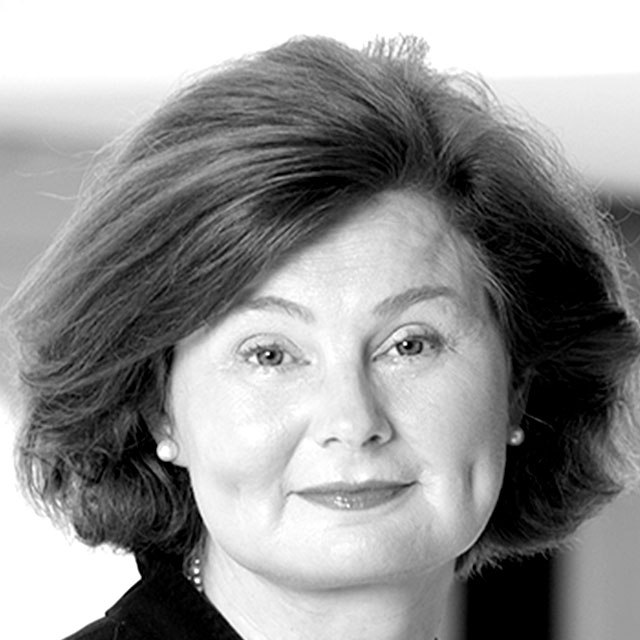 Derville Rowland is Director General (Financial Conduct) at the Central Bank of Ireland with responsibility for consumer protection; securities and markets supervision; enforcement; and policy and risk.

She is a member of both the Board of Supervisors and the Management Board of the European Securities and Market Authority (ESMA), while she also represents the Central Bank of Ireland on the Board of the International Organisation of Securities Commissions (IOSCO).

Prior to her appointment as Director General in September 2017, Derville was the Director of Enforcement in the Central Bank, where she established and developed the Enforcement Directorate.

In her earlier career, Derville gained extensive litigation and regulatory experience while practising law at the bar and working as in-house regulatory counsel.

Derville is a qualified barrister having being called to the bar in 1996 (Inns of Court School of Law; Inner Temple) and subsequently in 2003 (Kings Inns Dublin). 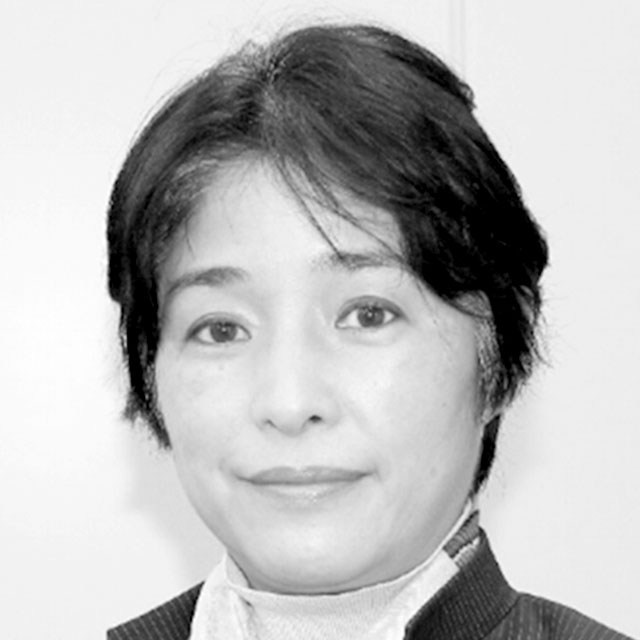 General Manager for Europe and Chief Representative in London, Bank of Japan

Ms Kawai joined Bank of Japan in 2003 and had served as Kochi branch manager, Head of Foreign Exchange Division, Chief Representative in Hong Kong and also held various roles in the Financial Markets and in the Financial System and Bank Examination Department.

Prior to her current position, shw was the Head of FinTech Centre, which aims to conduct research and to facilitate the information amongst practitioners, researchers and other related parties both outside of and within the Bank for FinTech and the associated subjects. Previously, she worked in JPMorgan/Chase/Chemical bank group in the financial market division, most notably dealing derivatives products, and subsequently at RPTech, an independent think tank, as a research director.

She has an MBA from the Wharton School, University of Pennsylvania and an LL.B from Kyoto University. 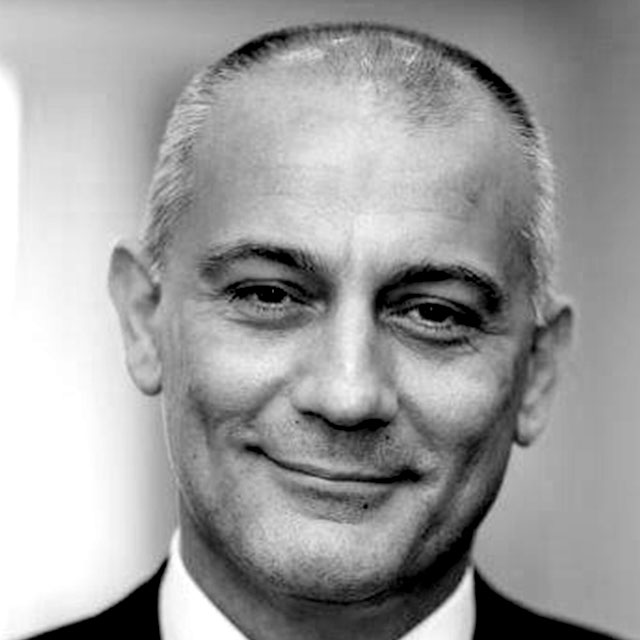 Mr.Cuschieri, Chief Executive Officer of the MFSA, is responsible for the overall management and performance of the Authority, strategy development/implementation including reforms in the financial services sector. A Certified Public Accountant by profession and a fellow member of the Malta Institute of Accountants, Mr Cuschieri is specialised in management accounting, corporate finance, economic regulation and general/business management. He also holds a Masters Degree in Business Administration from Henley Management College, UK and an Advanced Diploma in Management Accounting from the Chartered Institute of Management Accountants (CIMA), UK.

Throughout his professional career spanning 25 years, he held various finance related roles, senior executive positions and directorships within the private and public sector amongst which Head of Corporate Affairs and then Chief Commercial Officer at Vodafone Malta, Chief Operating Officer at the Malta Communications Authority, senior consultant with EY and prior to joining the MFSA he held the position of Chairman and CEO at the Malta Gaming Authority since November 2013.

During his time at Vodafone, Mr Cuschieri was involved in key regulatory projects both in Egypt and Turkey. Furthermore, he spent a period of eighteen months enrolled on the Vodafone Group’s global leadership development programme. He has vast experience in economic regulation particularly in the electronic communications and technology sectors where he was involved in major reforms in the telecommunications sector during his time at the Malta Communications Authority.

Mr Cuschieri is also a member of the Blockchain task force where he was involved in the development of a new regulatory framework for virtual currencies and distributed ledger technology. At the helm of the Malta Gaming Authority, Mr Cuschieri focused on reforming the governance of the gaming sector including a major legislative overhaul which led to the tabling of a new Gaming Bill in Parliament. 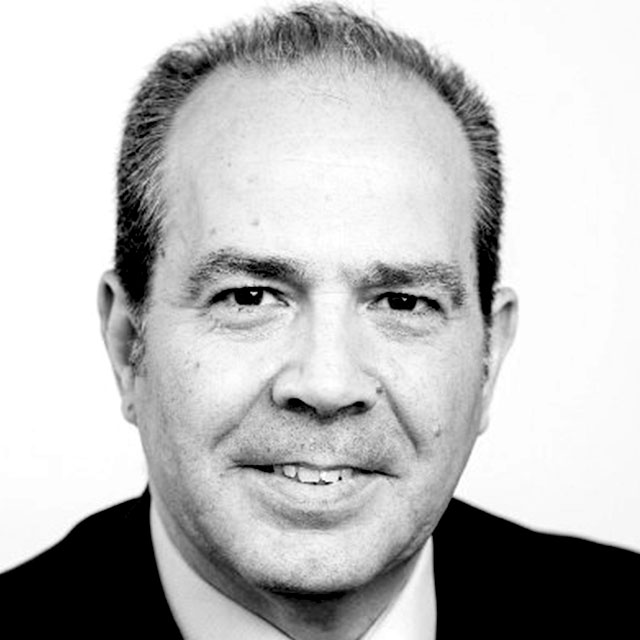 Fausto Parente is the Executive Director of the European Insurance and Occupational Pensions Authority (EIOPA). In his role, he presides over the day-today management of EIOPA. Mr. Parente was elected by the Board of Supervisors of EIOPA on 28 January 2016. His nomination followed an open selection procedure and a public hearing at the European Parliament’s Committee on Economic and Monetary Affairs. On 9 March 2016 the European Parliament confirmed his appointment. Mr Parente has a distinguished career in supervisory regulations and policies at national and international level. Prior to his current role he was Head of the Supervisory Regulation and Policy Directorate at the Italian Insurance Supervisor, IVASS – Istituto di Vigilanza sulle Assicurazioni.

He was the Alternate Member in EIOPA Board of Supervisors and member of the Advisory Technical Committee of the European Systemic Risk Board (ESRB). In the context of the Italian Chairmanship in the EU Council (second half of 2014), Mr Parente chaired the Council’s working group on Insurance Mediation Directive negotiations. In 2011-2016 he chaired the Insurance Group Supervision Committee of EIOPA and in 2015-2016 – the Joint ESAs Committee on Financial Conglomerates. For several years he was an alternate member in the Technical and Financial Stability Committees of the International Association of Insurance
Supervisors (IAIS).

Mr Parente has a degree in Economics from the University Federico II, Naples, and he is graduated to practice as a certified accountant and financial analyst. He has attended many post-graduate courses in the fields of management, European Community law, economy and finance of insurance undertakings. He is author of a series of publications on insurance supervision. 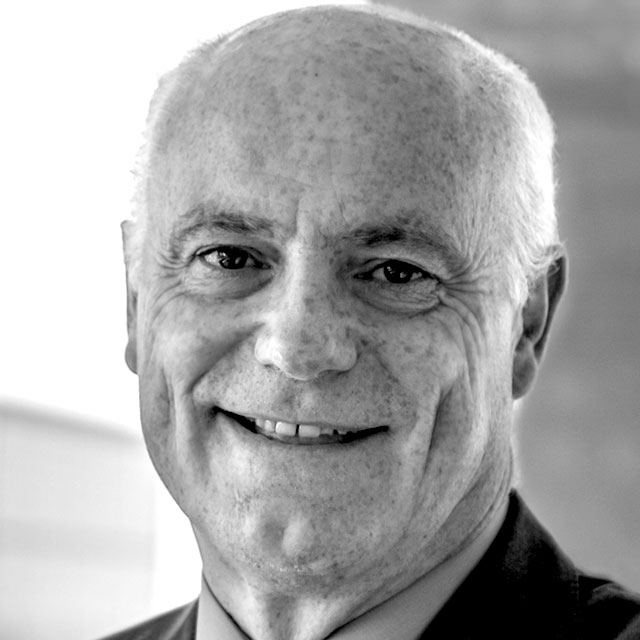 José Manuel Campa, is the Chairperson of the European Banking Authority (EBA). He was appointed in March 2019 and is serving a renewable five-year term. He represents the Authority and by chairing the meetings of the Board of Supervisors and of the Management Board, he steers the strategic direction of the Authority.

From 2015 and prior to this appointment, Campa served as Global Head of Regulatory Affairs, for the Grupo Santander.  Prior to that, he was Professor of Finance and Economics at IESE Business School.

Between 2009 and 2011, Campa served as Secretary of State for the Economy in the Ministry of Economy and Finances of Spain.  He was a member of the Financial Stability Board, the board of the European Financial Stability Facility, the Economic and Financial Committee and alternate governor in multilateral financial institutions. He has served in the Expert Group, chaired by Mr. Erkki Liikanen, evaluating policy recommendations on structural reforms for the European Banking industry.

He has also taught at the Stern School of Business of New York University and at Columbia University. He has been Research Associate at the National Bureau of Economic Research and Research Fellow at the Center for Economic Policy Research. Mr. Campa has also been a consultant to a large number of international organizations, including the International Monetary Fund, the Inter-American Development Bank, the Bank of International Settlements in Basel, and the European Commission.

He has served on the boards of Prime Collateralised Securities (PCS) Europe, Bruegel, and General de Alquiler de Maquinaria. 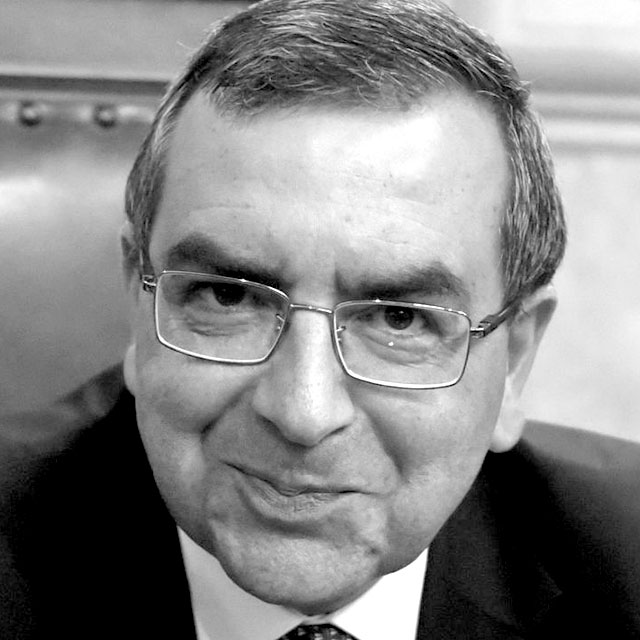 Commissioner at the Italian Securities and Exchange Commission (Consob)

Carmine Di Noia is the Commissioner at the Italian Securities and Exchange Commission (Consob).

Before joining Consob, Carmine Di Noia was Deputy Director General and Head of Capital Markets and Listed Companies at Assonime (the Association of the Italian Corporations), and he served two tenures as a member of the Securities and Markets Stakeholders Group at the European Securities and Markets Authorities (ESMA). He was also member of the board of directors of the Italian Stock Exchange (Borsa Italiana Spa).

He was appointed to various expert groups selected by the European Commission, including the ESME (European Securities Market Expert) Group, the Clearing and Settlement Advisory Monitoring Expert Group (CESAME) (2005-06), the Forum Group on Auditors Liability (2005-06), the Securities Expert Group on Financial Services Action Plan (2003-04). He was also member of the Consultative Working Group on Market Abuse of CESR (The Committee of European Securities Regulators).

He was chairman of the Policy Committee of EuropeanIssuers and member of the Legal Committee of EALIC (the European Association of Listed Companies). He was member of the working group that drafted the new version of the Italian Corporate Governance Code. 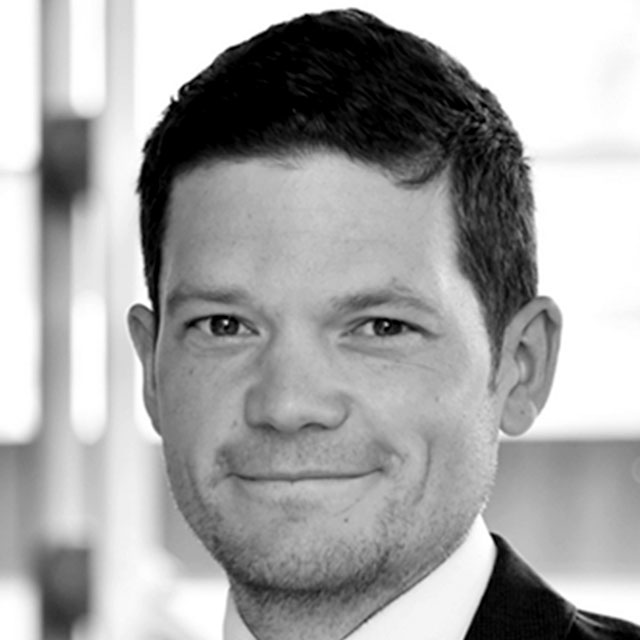 Prior to joining the firm in 2009, Kirston served as Director of Business Development at the DTCC Deriv/SERV LLC subsidiary of the Depository Trust and Clearing Corporation (DTCC).  Early in his career, he worked at Barclays Capital where he held various roles in OTC derivatives.  Kirston holds a BSc in economics from the University of Manchester. 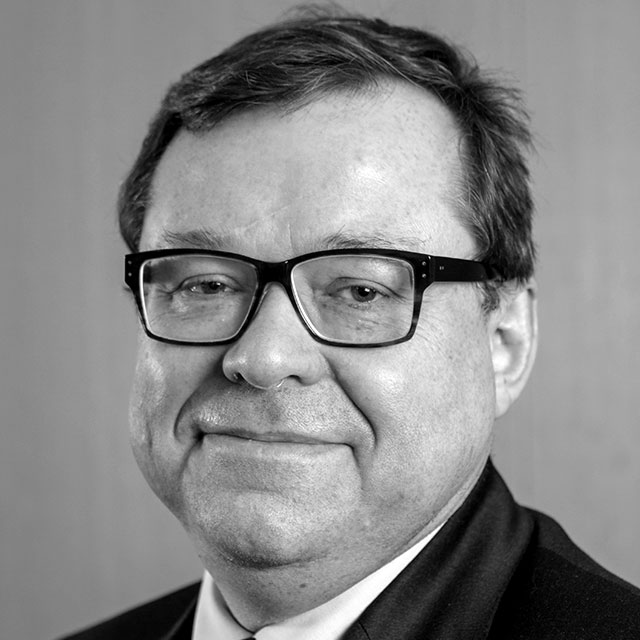 Chairman of the Belgian Financial Services and Markets Authority (FSMA)

Jean-Paul Servais is the chair of the Belgian Financial Services and Markets Authority (FSMA), the Belgian supervisory authority for financial markets, products and conduct.

Internationally, he holds mandates as vice chair of the IOSCO Board, as well as chairman of the IOSCO European Regional Committee, the Audit Committee of IOSCO-OICV and IFRS Foundation Monitoring Board.

He is also a board member of several international supervisory bodies for the financial sector: ESMA, ESRB, and the College of Euronext Regulators. Within ESMA, he chairs the Financial Innovation Standing Committee (FISC).

He obtained a Master of Law (Master en droit) from the ULB and a Master of Economics in Business Management (Master in de economie, bedrijfskunde) from the Vrije Universiteit Brussel (VUB). 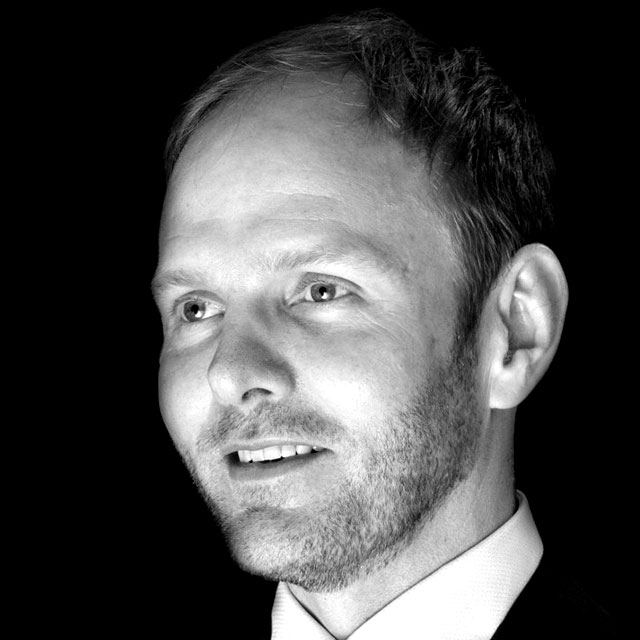 CEO for Europe at AIG

Mr. Thomas Lillelund has been CEO for Europe at AIG since November 1st, 2018.

Before joining AIG, he was the Chief Executive Officer of Aspen Re based in London since May 2016 and prior to this role the Managing Director of Aspen Re In Asia Pacific since 2008. Mr. Lillelund spent four and a half years at AIG in Southeast Asia where he was the Regional Vice President for Commercial Property. He held underwriting management roles at Swiss Re in Hong Kong and South Africa and began his underwriting career at Gen Re in the United States in 1995. In this role he undertook further study to become an Associate in Reinsurance (ARe) of the American Institute for Chartered Property Casualty Underwriters.

He holds a Bachelors of Arts in Economics from the The College of William & Mary in Virginia and an MBA from the Ivey School of Business, University of Western Ontario. 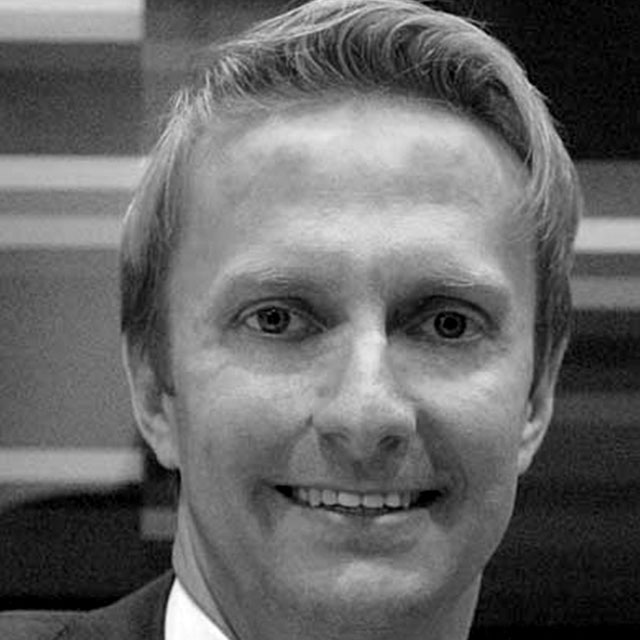 Peter co-chairs the Taskforce on financial technology and is the Advisor for financial sector cybersecurity at the European Commission’s DG for Financial Stability, Financial Services and Capital Markets Union.

He joined the European Commission in 1996. He has extensive experience in EU policy and legislation in a range of areas through his work on the ESPRIT research programme, in health and consumer protection, e-commerce, single market and financial services policy and regulation. Peter has also been a Member of the Private Offices of Internal Market and Services Commissioner Charlie McCreevy and Health and Consumer Protection Commissioner David Byrne. From 2008 until 2013 he was the Finance Counsellor at the EU Delegation to the USA in Washington DC.

Prior to joining the European Commission, Peter worked as a public affairs consultant in Brussels advising major financial services companies on EU affairs.

He is a Dutch national.

Decide which cookies you want to allow. You can change these settings at any time. However, this can result in some functions no longer being available. For information on deleting the cookies, please consult your browser’s help function. Learn more about the cookies we use.

With the slider, you can enable or disable different types of cookies: